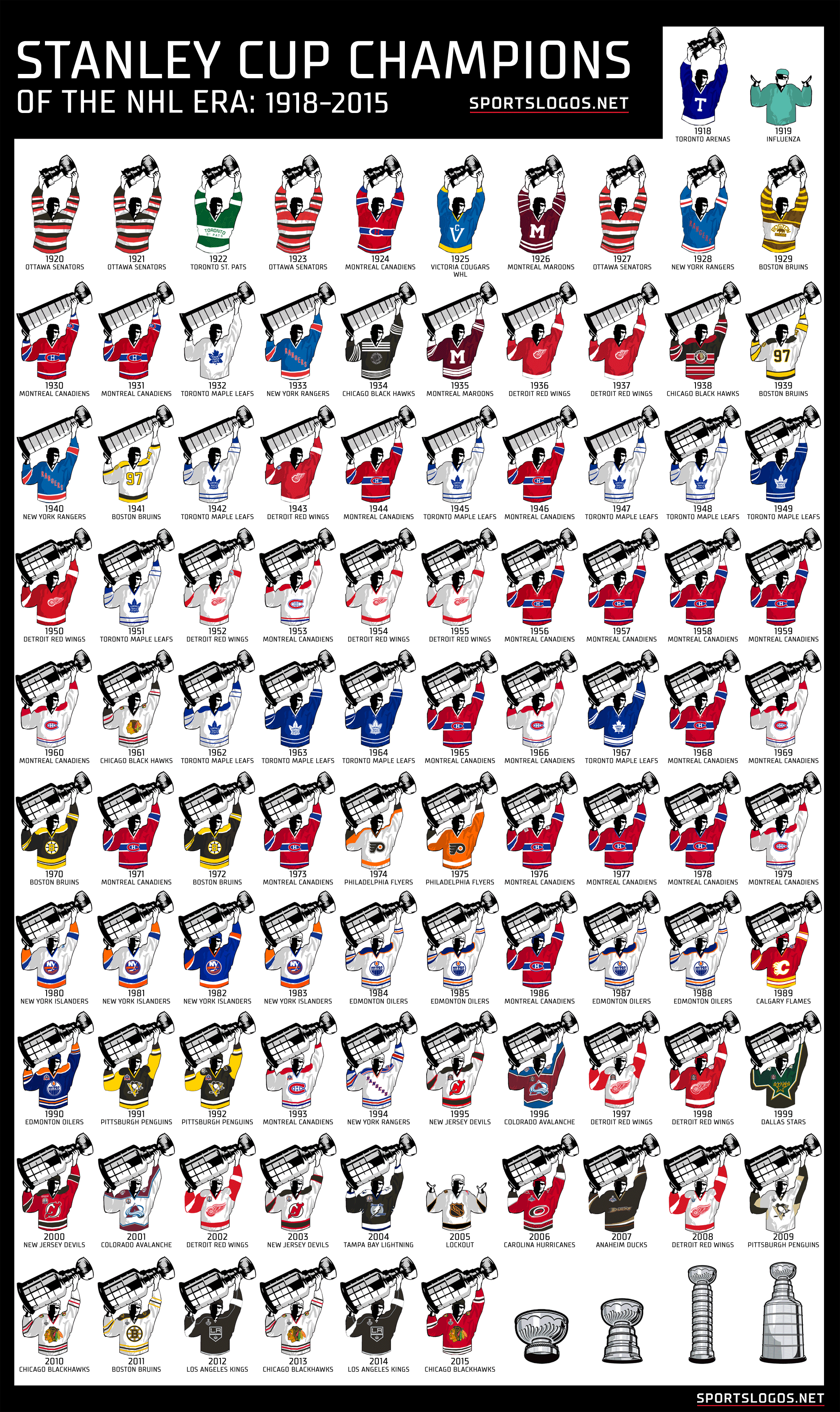 This is simply an amazing infographic.

Chris Creamer at Sportslogos.net has put together a graphic showing the Stanley Cup Champions from 1918-2015 and their winning uniforms.

He has also included a number of interesting facts about the color bias within the championship.

A few teams have won with yellow trim, but never with a yellow base.  Purple and teal, on any part of the uniform, have never even played for Cup.

Any winners in alternate jerseys?

Three Stanley Cups were won by teams wearing an alternate jersey: the 1932 Toronto Maple Leafs were forced to wear their plain white clash jersey as their opponent, the New York Rangers only wore a blue shirt at the time; in 1967 the Leafs again won the Cup while wearing a special uniform in commemoration Canadas centennial year (they adopted them full-time for 1968 and 1969); and the 1999 Dallas Stars won the cup wearing their green-and-black star shaped alternate uniform in Buffalo, like the Leafs the team adopted these jerseys full-time for the following season.The only three teams to win a club while wearing an alternate team uniform. 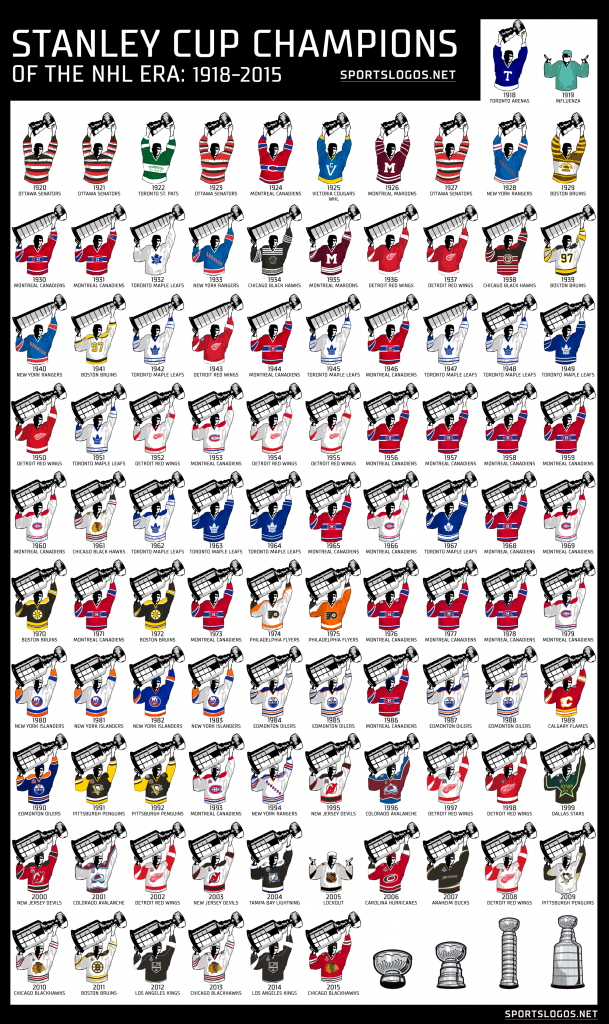 Head over to Chris’s page for lots of additional information. 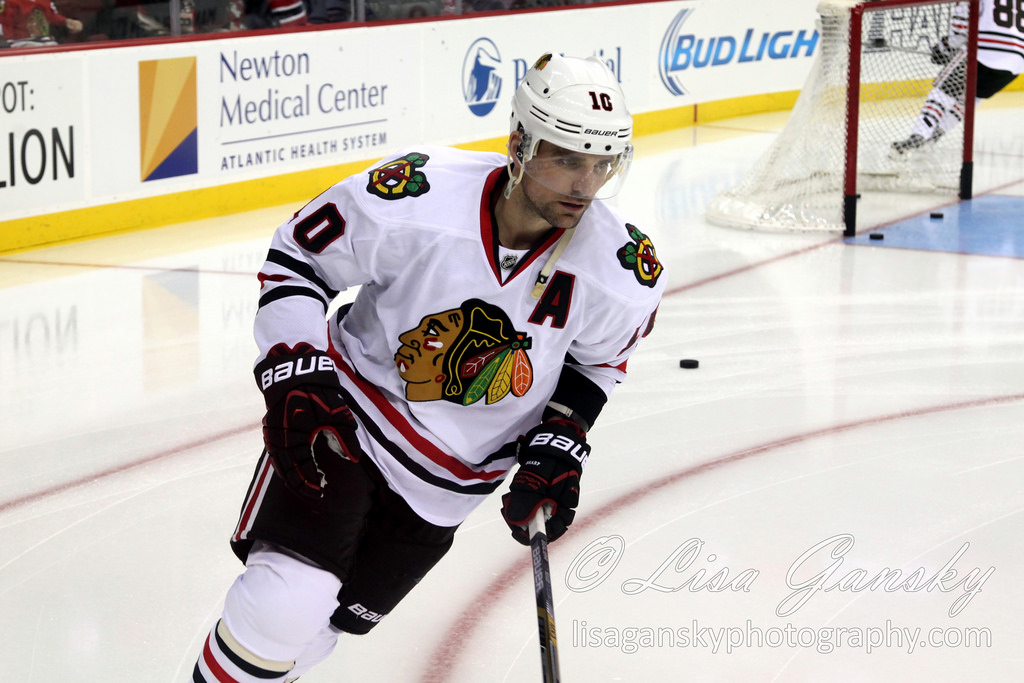 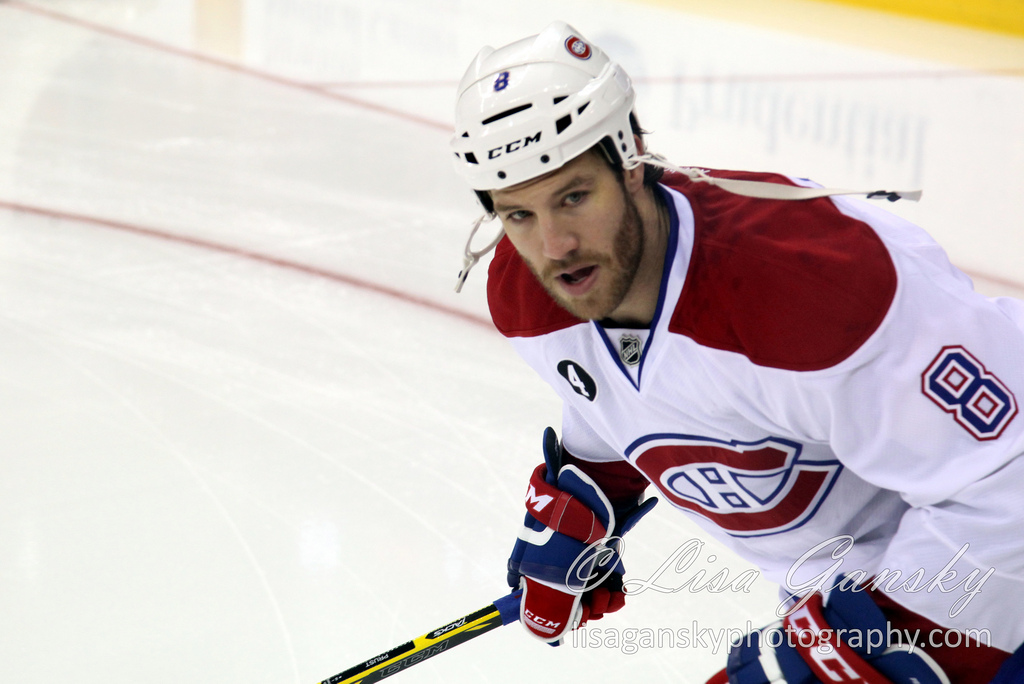 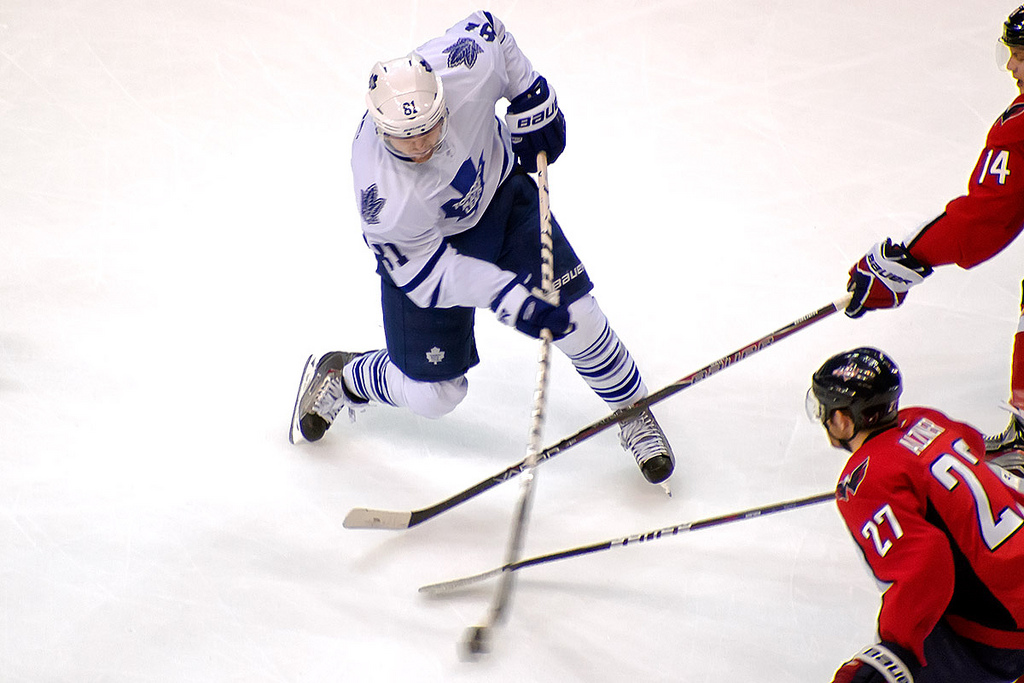